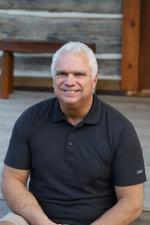 Justin has been a "long-time" broker in the Park Rapids area and is also one of the former owners of Coldwell Banker Clack and Dennis Real Estate.  Having learned the business from his mother, Dolores P. Clack, he has been proud to carry on the family tradition and has loved the Park Rapids area since 1977.  Since 1997, the company has been involved in over 3500 real estate closings representing over 500 million dollars in sales.

In 2015, he was awarded membership in the prestigious "International Presidents Circle" for outstanding sales production.  He has kept that status every year and has also been awarded the "Office Managers Award of Excellence".  He is most proud of the many years of consecutive awards as a "Premier Office", which is an award that is earned by the entire sales team and office staff.

Justin and his wife, Shari, live just south of Park Rapids in the country and have 3 grown children that still live in Minnesota.  They also have two grandchildren in the Park Rapids area who they thoroughly enjoy spending time with.

Among their many hobbies and interests, they recently purchased one of the first homesteads in northern Wadena County, disassembled it and moved it to their property for restoration.  The "Pulju Homestead Cabin" was built in 1892 of Tamarack Logs.  The restoration and completion happened in 2017 after 2 years of weekend and evening work.  It now serves as a guest cabin and "mini-museum" celebrating our local history.

Justin is a veteran of the US Air Force during the presidential terms of Ronald Reagan and George HW Bush and served a tour of duty in Panama as a Cryptologist during Operation Just Cause.  Other hobbies include motorcycling, snowmobiling, hunting and restoration of vintage snowmobiles and motorcycles.

While the information and figures are believed to be reliable, the providing broker cannot guarantee their accuracy. Property is subject to sale or withdrawl from the market at any time. Purchasers should verify all information.